I would have known Dr UN’s award was fraudulent – M.anifest

Nollywood star, Yul Edochie has asked Shatta Wale to apologise to Nigerians for the bad utterances he made about Nigerians at his just ended freedom concert.

Yul Edochie expressed his disappointment in Shatta Wale for saying ‘F**k Nigerian artistes. The actor explained that, it was extreme because they could have also said the same to Ghanaians when their producers gave major roles to Ghanaian actors years back. He, therefore, advised The Shatta Wale to apologise to Nigerians.

During Shatta Wale’s concert, he called some Ghanaians industry players fools because they had told him he couldn’t fill the stadium. He further went on to describe Nigerian artistes as “stupid” inciting that he doesn’t depend on them for hype. 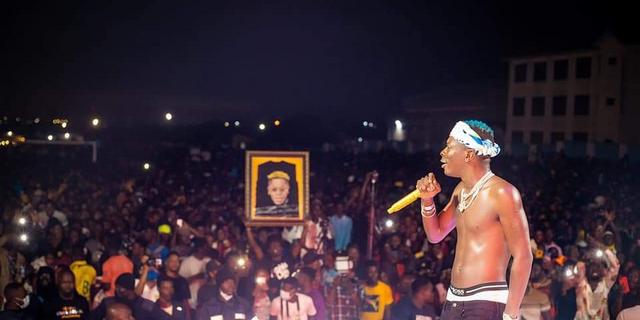 “Do you know that majority of people in the Ghana music industry are fools? They told me that I won’t be able to fill my stadium. I don’t look up to any stupid Nigerian artiste. I look up to my fans. F**k Nigerian artistes” Shatta Wale said during his freedom concert.

Yul Edochie replied to Shatta Wale on his social media platforms. he wrote;

“Dear Shatta Wale, coming out to say ‘F**k Nigerian artistes’ is extreme and too low for a man like you. That’s hate. I remember when Nigerian movie producers were giving all the lead roles to Ghanaian actors a few years back, no Nigerian ever came out to say ‘F**k Ghanaian actors’. I have lots of fans from Ghana who send me goodwill messages daily, inviting me to Ghana and I appreciate all of them. I’m a fan of your music. Your track with Beyonce is always on repeat in my car. No matter what is pissing you off, a man like you with a large fan base should be using it to promote peace and unity among Africans and the rest of the world. You should apologize for such a statement.”