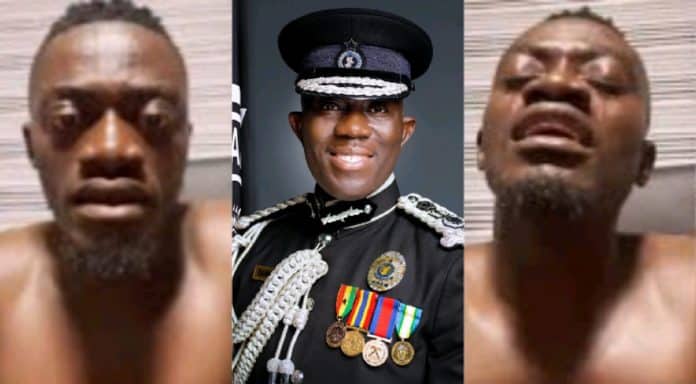 Kumawood Actor Kwadwo Nkansah aka Lilwin has expressed his disappointment in the IGP for failing to invite him to the just-ended IGP’s meeting with the creative Arts industry.

Lilwin who is undoubtedly amongst the top actors in Ghana made this angry outburst whiles speaking in an interview on Accra100.5 FM’s ‘Ayekoo Ayekoo’ show earlier this morning.

According to Kwadwo Nkansah, he only got to know of such development after he bumped into his senior colleague Agya Koo at the airport. He further expressed his disappointment over how the following stars were invited but he was left out; Kofi Okyere Darko, John Dumelo, Kuami Eugene, A-Plus,  Shatta Wale, Stonebwoy, Abeiku Santana, Afia Schwarzenegger, etc.

Disappointed Lilwin believes that he was not given an invite because they deem him as unfit to be called a celebrity which he thinks it’s unfair.

“I met Agya Koo at the airport; it was via him that I learned that people in the creative arts business had a meeting with the IGP in Accra, and I had no information about it; no one invited me, and no one informed me about it.

“Any meeting involving celebrities that have taken place in Accra, I’ve never been invited,” he said, “yet I’m among the top three celebrities in the country.”

“So, if there’s a conference to address issues impacting the business, isn’t it weird that the superstars Ghanaians listen to and adore, like myself, were not included?

“Perhaps my advice would have been considered if I had been present, but they presume Lil Win is a child,

“There were producers and actors present,” the Kumawood actor added, “but maybe since I’m the last born, people figure I’ll know whatever was talked about there, so I have no difficulty.”

Watch the video below;