Kidi’s #TouchItchallenge Becomes The Most viewed Ghanaian Music on TikTok

Hollywood actor Tom Cruise’s BMW was stolen while he was filming in Birmingham.

The actor has been in the city filming the seventh installment in the Mission Impossible film series. The Sun claimed the vehicle used by Cruise was taken from outside the Grand Hotel with thousands of pounds worth of goods inside.

A BMW X7 was stolen from Church Street on Tuesday and recovered a short time later, West Midlands Police said. The vehicle was found in nearby Smethwick. CCTV is being examined and inquiries continue.

Parts of Grand Central shopping centre, above New Street Station in Birmingham, were closed from Sunday to Wednesday to allow filming to go ahead.

Many fans have spoken of their “excitement” at seeing the film icon, who visited Indian Restaurant Asha’s and met officers from British Transport Police during his time in the city. 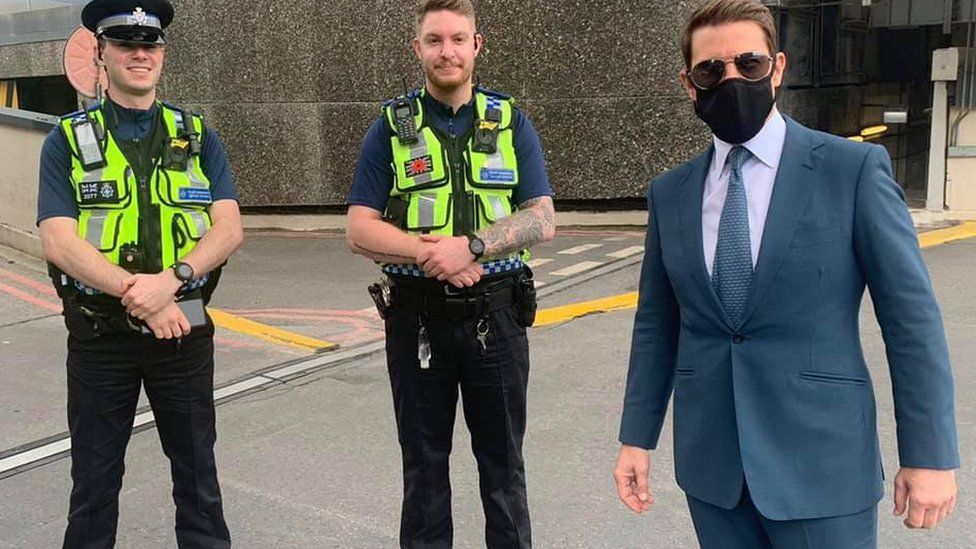 The officers shared the picture on social media adding: “I promise you, this isn’t photoshopped.”
The Lord Mayor of Birmingham, Muhammad Afzal, also had the opportunity to meet Cruise and his co-star Hayley Atwell

He said it had been a “fantastic visit and fascinating look behind the scenes”.