Kanye West has officially changed his name to “Ye”

Ghanaian social media sensation, Shatta bandle, decided to join the viral #CrateChallenge and the end result was a rather unexpected and disappointing one.

In a video he shared on his Instagram page after he decided to join the challenge, Shatta Bandle is seen in front of a number of crates that had been arranged for him to climb.

Before attempting to climb the crates, Shatta Bandle was heard bragging that he was going to do it easily. Funny enough, he also added the caption: “Many people tried this but they can’t do it but I’m going to do it. Just watch,” to the video but what was seen when he finally tried will crack you up. 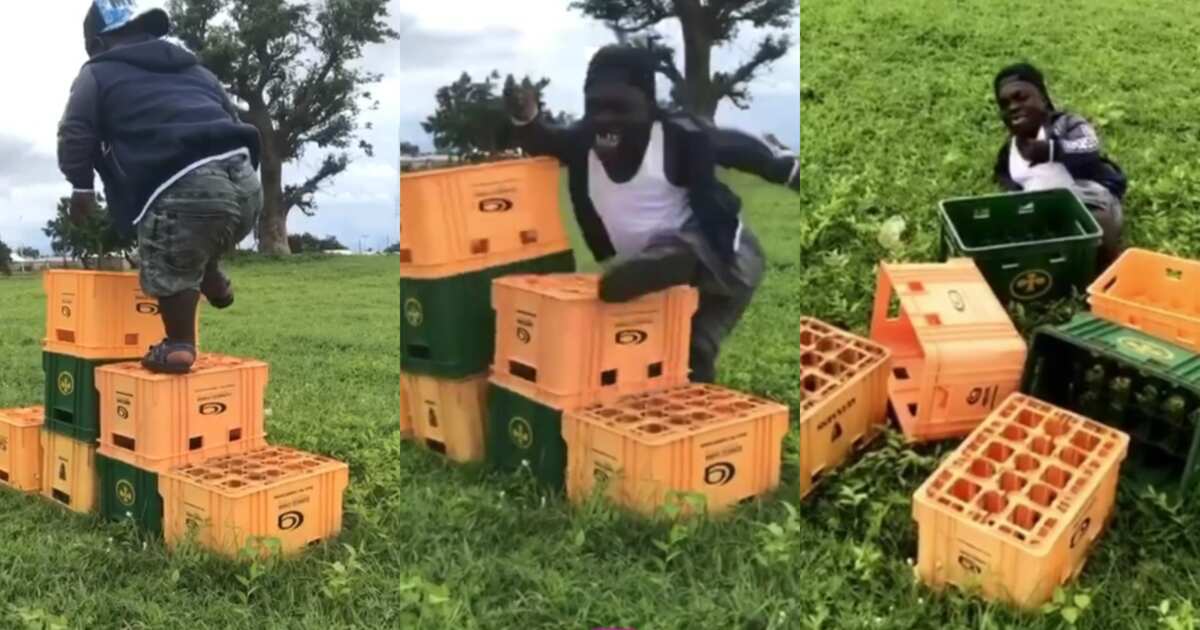 Even though the number of crates he selected for the challenge was very small, he struggled to climb the second one and almost lost the rest of his teeth in the process.
Shatta Bandle is seen laying flat on the floor after he attempted to go over a third crate and he laughed hysterically at himself for not being able to do as promised.

Watch the hilarious #CrateChallenge video below;